More Relevant Than Ever – Kaseya’s Matt Solomon Talks Security, Streamlining, And Standing Out From The Crowd 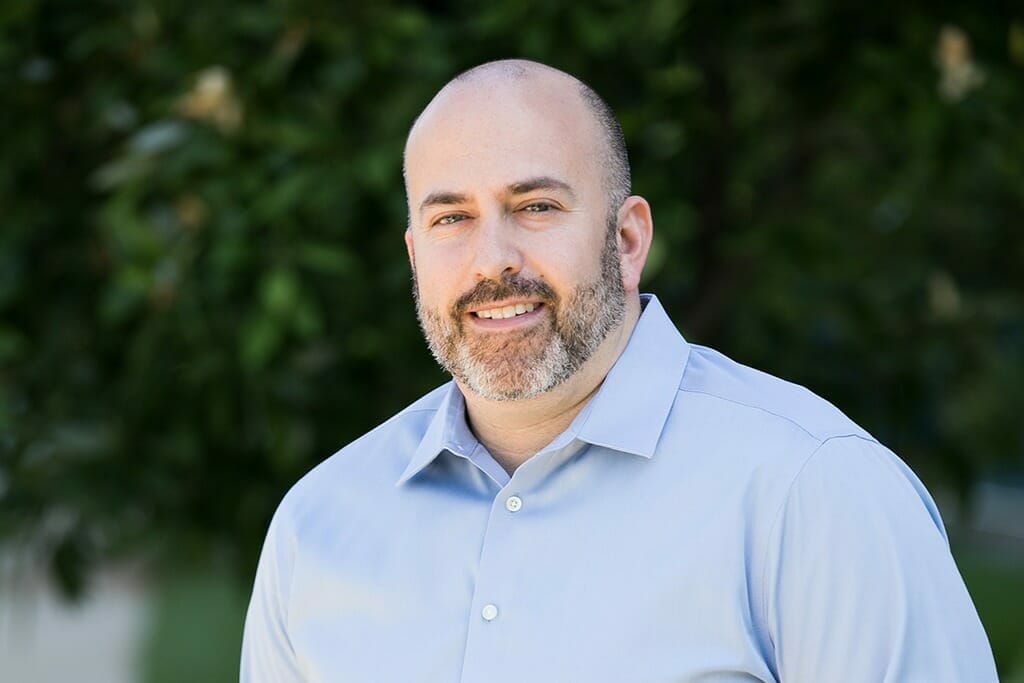 The first morning that Matt Solomon,  the vice president of business development at Kaseya,  spent at the 2017 Robin Robins IT Sales And Marketing Boot Camp, he ate breakfast at least three times. “There were just too many great tables to sit at,” he says. “I got up, cleared my plate, and then saw someone else from the channel I wanted to talk with who was just sitting down!” At the time, Matt was still relatively new to the channel; in more recent years, he’s done the same thing but for different reasons. “Now, I just feel like I know most of the vendors and so it’s sitting down to catch up with other road evangelists like me.” Matt was at that first breakfast as the head of sales for ID Agent, at that time a pioneer in the dark web monitoring space within the MSP industry, and is now part of the Kaseya family of products. But even though the MSP space was relatively new to him, he was just doing the same thing he’d always done in business and sales: “I’m always asking, are there new markets we can grow in? And if so, how can we stand out from the pack when we do?” he says.

At that time, MSPs represented a largely untapped market, at least for ID Agent and Matt, who was the company’s second employee after the company’s founder, Kevin Lancaster. That makes it pretty funny to hear him say today, “Without our MSP partners, ID Agent is nothing. ID Agent started with our ability to see what corporations had been exposed to on the dark web,” Matt recalls. “They were our clientele, and most of them were Fortune 500 companies.” This was before public data breaches were the stuff of headlines, back when the dark web wasn’t a household term and people didn’t quite know how dangerous those breaches could be. “Myspace got breached. Dropbox, too, early on. LinkedIn, same story.” Even if the public wasn’t aware of the risk, Matt and Kevin were, and their initial sales strategy was to pitch ID Agent’s unique approach with monitoring and security to companies that had been targeted. At the time, this, too, was an untapped market.

Doing business with some of the biggest corporate names in the country may sound exciting, but Matt is quick to point out that there are drawbacks as well. “Our clients were law firms, some of the biggest sports leagues, even state governments. But when you’re after that size of catch, it’s a very slow sales cycle.” The risks of that model are well-known; you’re more dependent on each individual client and more vulnerable if they decide to stop doing business with you. That’s when Matt and Kevin were connected with Robin Robins and Technology Marketing Toolkit. After a short phone call to discuss their product, Robin was 100% certain they were on to something and their solution would be huge in the MSP space. Shortly thereafter, Matt and Kevin found themselves in front of a room of 40 MSP leaders during a focus-group session at one of Robin’s quarterly Producers Club peer group meetings. The MSPs in that initial focus group were fired up about the solution and itching to get it in the hands of their clients. This product was revolutionary for the industry!

And with that … ID Agent and dark web monitoring as a service in the MSP industry were born.

It wasn’t too long after that when an invitation from Robin to that year’s IT Sales And Marketing Boot Camp appeared in Matt’s inbox. And that’s how he ended up eating three breakfasts a day all weekend long. Matt quickly learned what worked and what didn’t in the MSP space and also found the people whose jobs seemed like the most fun. “I joked to Kevin that I wanted to be the ‘Rob Rae’ of ID Agent,” he says, referencing Datto’s own road evangelist (and the subject of last month’s profile in this space). The new client base and Matt’s own marketing instincts paid dividends. “By the time we were acquired into Kaseya, we were up by over 2,000 partners and had grown to 55 employees from the original two,” he says. “Technology Marketing Toolkit, Robin Robins, that first Boot Camp — that stuff totally changed the game for us.”

That’s a game Matt continues to play at Kaseya, in a similar role. “Now, instead of just turning people on to ID Agent, I get to rep a family of great services under one brand.” Assisting him is a dedicated events team, each and every one of them hardened salespeople. And he’s still questioning the received wisdom and looking for things that help them stand out in a space full of great companies. “When COVID-19 hit, I saw the writing on the wall; there was going to be a complete overkill of virtual events,” he says. “So, how can we be different? We’ve always led the field in terms of thought leadership, so maybe we can share some of that knowledge and help our partners pivot to grow.” The result was last summer’s MSP Growthfest, featuring nonchannel sales experts like Magic Johnson and thousands of dollars in cash prizes. “We’ve stuck to that education-first model, and it’s really something that people appreciate — a break from the Zoom meetings they’re used to.”

“It doesn’t hurt,” he adds, “that Kaseya’s streamlined approach is becoming more relevant than ever. End users are asking MSPs for multifactor authentication and other features that you’d previously have to push for.” It’s the fallout of so many businesses going remote during the pandemic. And the pandemic isn’t the only current event driving up interest in what Kaseya provides, either. “The days of a company the size of LinkedIn getting exposed on the dark web and nobody knowing are over,” Matt says. “We’ve all seen the headlines, and we’re all doing our best to make sure headlines to come don’t feature MSPs.” Matt is quick to point out that the real lesson here is the value of education — not selling to people’s fears. “We’re always selling through education. My team may not seem super technical to our partner MSP — but that’s the point because neither is their customer. It’s just an opportunity right now because people are more willing to learn than ever before.” He says his best partner in this has been Technology Marketing Toolkit itself. “Robin and her team are the best marketers in the channel. They bring in new MSPs constantly — especially the ones looking to grow.”

As you might imagine, Matt is eager to return to the channel events we all love, beginning, of course, with this May’s IT Sales And Marketing Boot Camp in Orlando. But he’s not giving up any insider secrets just yet. When asked what their event strategy is for 2021, you can hear him smiling through the phone. “You’ll just have to come and see.” 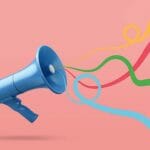 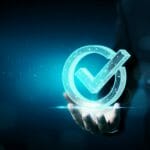 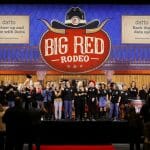 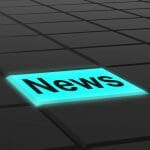 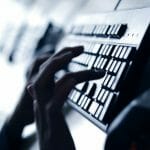 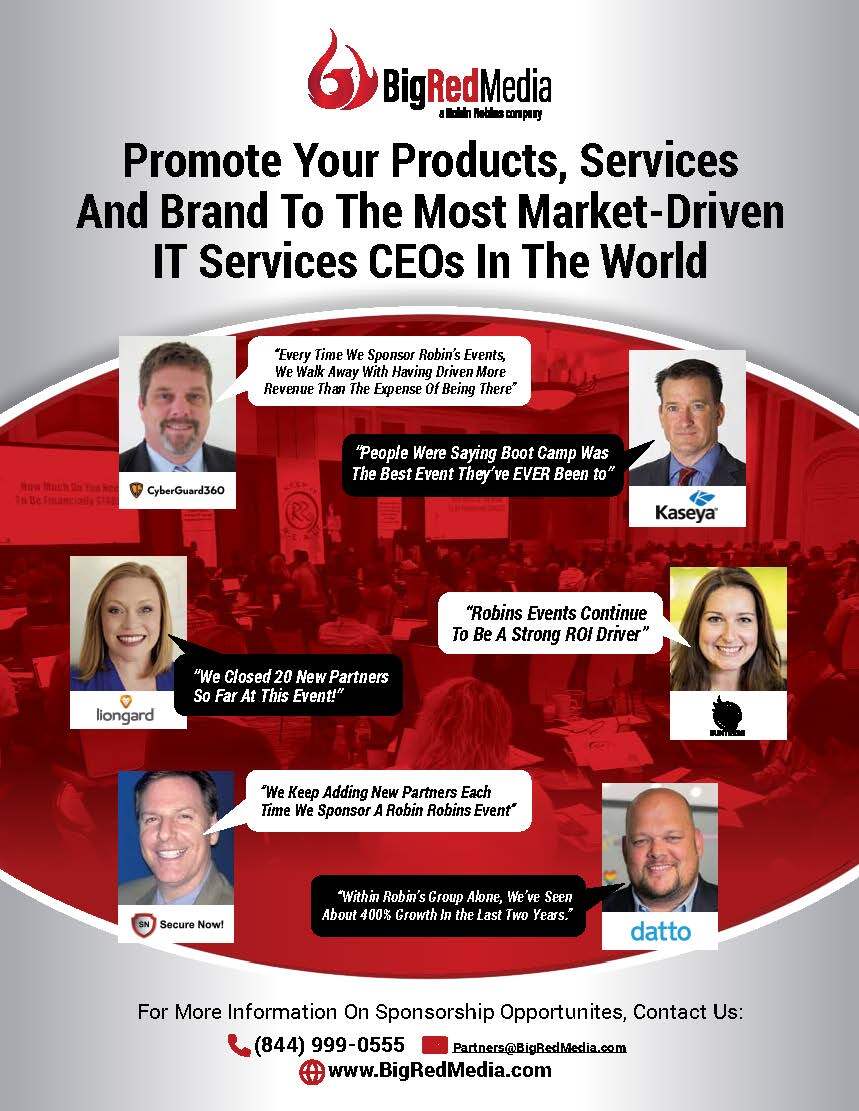